The Hungarian Cultural Centre in London is the proud producer of a colourful mini festival at Kings Place in celebration of the Liszt Bicentenary. Hungary’s internationally acclaimed musicians and finest young generation artists will perform the composer’s famous pieces along with works by Bartók, Ligeti, Kodály, Dohnányi. The celebration includes the UK premiere of Franz Liszt’s Faust Symphony arranged for two pianos, a kaleidoscope of Hungarian chamber and choral music as well as the folk music that inspired him. These events offer a rare opportunity to explore the amazing variety of his oeuvre.

Between 26-29 January 2011, one of Hungary’s most celebrated pianists, Dénes Várjon showcases a spectacular selection of Liszt’s music, Edit Klukon and Dezső Ránki, one of the countries most renowned musical couples, bring the audience the UK premiere of Liszt’s own transcription of hisFaust Symphony, and perform Bartók’s Second Suite arranged for two pianos. In addition, Gergely Bogányi and Barnabás Kelemen, the award-winning virtuoso players perform an evening of Liszt’s finest sonatas for piano and violin alongside works of the other composers that were influenced by the Master.

The concert of the Joyful Company of Singers links Liszt to other composers by theme or subject, and gives a good flavour of 20th-century and contemporary choral Hungarian music, inspired by great Hungarian poetry. A talented young pianist from the Guildhall School of Music and Dramawill accompany the choir. The Jánosi Ensemble (world music formation) casts fresh light on Liszt’s Hungarian rhapsodies by setting them in context in the contemporary musical world of the 19th century. The younger generation take on Liszt’s works, including a new work for piano and a dance inspired by his music. Performed by students from Trinity Laban, the UK’s first combined conservatoire of music and contemporary dance.

“We will highlight Liszt’s influencers as well as those he inspired, and we invite the audience on a musical journey touching on his contemporaries as well as aiming to provide a wide scope of his musical heritage.”

“This is a great opportunity to introduce Hungary’s musical talents to the London audiences from the younger, most promising talents to the world-renowned, well established musicians. The musical links between the UK and Hungary are fairly strong, and we are planning to further expand them in the future.”

Franz Liszt, the world-famous composer was not only a virtuoso pianist but an international celebrity, a generous philanthropist, a respected educator and a devoted Christian all through his long life. He also travelled widely and toured all across Europe including Britain, first in 1840-41. Towards the end of his life he returned to Queen Victoria’s England amid great critical acclaim and admiration. After his virtuosic concert in Windsor, Queen Victoria presented him with a marble bust of herself. Although Liszt travelled far and wide in Europe, he remained true to his cultural origin and always identified himself as a Hungarian.

A true Liszt enthusiast, Lord Londonderry is the Honorary Patron of the Liszt Bicentenary celebrations by the Hungarian Cultural Centre in London, while Alan Walker, the English-Canadian musicologist who is best known as a biographer and scholar of Franz Liszt, is the artistic consultant and MsAudrey Ellison, music agent and Liszt enthusiast acts as curator.

The event is supported by Hungarofest Non-Profit Ltd.

Duets for Piano and Violin by Liszt and His Followers
Bartók Rhapsody No. 2  for violin and piano,
Liszt Romance Oubliée;
Benedictus Die Zelle in Nonnenwerth, Enescu Rhapsody,
Fauré Sonata No. 1 in A, Op. 13

Liszt and the Hungarian Choral Tradition, Hall One 7.30pm

Liszt, the Travelling Virtuoso: A Recital by Dénes Várjon, Hall One 7.30pm

Among the many competitions Bogányi has won, particularly noteworthy is the 1996 International Liszt Competition. In 2000, he was awarded the Liszt Prize by the Hungarian Ministry of Cultural Heritage, and in 2004 he recevied the highest art award in Hungary, the Kossuth Prize. In 2002 he was awarded the Cross of Merit of the Order of the White Rose of Finland by the President of the Finnish Republic. The double album he made with Barnabás Kelemen, The Complete Works for Violin and Piano by Franz Liszt, was awarded the Grand Prix du disque by the International Liszt Society in 2001.

Bogányi has performed worldwide, and performs as a soloist with leading orchestras such as the London Philharmonic in 2004. His repertoire includes pieces by Mozart, Haydn, Beethoven, Schubert, Schumann, Chopin, Liszt, Brahms, Tchaikovsky, Grieg, Rakhmaninov and Bartók among others.

Barnabás Kelemen has established himself as one of the leading violinists of his generation, appearing regularly as a concerto soloist, recitalist and chamber musician at many of the world's major musical venues and festivals. In 2002 he won the Gold Medal at the International Violin Competition of Indianapolis and six of the eight special prizes and also the loan of the 1683 Ex-Gingold Stradivari violin and Tourte bow for four years. In 2003 he was awarded Classical Musician of the Year by Gramophone magazine (Hungary) and his recording of the Brahms Sonatas for Violin and Piano (Hungaroton) with pianist Tamás Vásáry won France’s Diapaison d’Or.

He has toured extensively throughout Europe, North and South America, South Africa, Japan and Taiwan, and has collaborated with conductors such as Lorin Maazel, Sir Neville Marriner, Denis Russel-Davies, Eiji Oue, Robert Spano, Zoltán Kocsis, Michael Stern, Péter Eötvös, Tamás Vásáry and Rumon Gamba. Kelemen appeared before British audiences too. He collaborated with the Liverpool Philharmonic, performed in Cambridge and had a concert at the Wigmore Hall in London.

Since September 2005, he has been working as Professor of Violin at the Franz Liszt Music Academy in Budapest and teaches regularly as a guest professor at Bloomington Indiana University in the USA. He has released 11 solo recordings and the Complete Works for Violin and Orchestra by Mozart on a double live DVD.

Edit Klukon (piano) studied at the Liszt Music Academy under Pál Kadosa. After receiving her diploma, she focused her musical interests on chamber music and piano. Throughout her career she has performed pieces by Mozart, Schubert, Schumann, Brahms, R. Strauss, and Wolf in many European cities and has worked with great singers such as Dénes Gulyás, László Polgár, Lucia Popp, and Ruth Ziesak. She has currently taken an avid interest in solo piano works especially by Liszt and Haydn.

Dezső Ránki (piano) Since winning the prestigious Schumann-competition in Germany in 1969, Dezső Ránki has performed concerts all throughout Europe, America, and Japan. He has played with well renowned orchestras as the Berlin Philharmonic, the London Philharmonic, the BBC Symphony, the Concertgebouw, and the NHK and has worked with famous conductors such as Maazel, Mehta, Solti and Kondrashin.

Edit Klukon and Dezső Ránki started performing together in 1985. Both pianists became very interested in the wonderful world of the piano repertory written by the greatest composers for piano four hands and two pianos. Now they regularly perform about ten to fifteen duets a year. Two of their most interesting productions were Liszt's unpublished two-piano version of his own Faust-symphony and Liszt's transcription of Beethoven's Symphony Nr. 9 for two pianos. They have most notably performed in the following cities: Salzburg, Torino, Milan, Munich, Paris, London, Lisbon, Las Palmas, the Festival in Lucerne, and Sao Paulo. Works by Satie, Liszt and Dukay (contemorary Hungarian composer) are featured on their latest CD recordings. They are married to each other.

Peter Broadbent – founding conductor of the Joyful Company of Singers, Peter Broadbent is one of Britain’s leading choral conductors, particularly noted for his attention to style and communication. He has been awarded the Pro Cultura Hungarica medal in recognition of his work for Anglo/Hungarian musical relations.

The Jánosi Ensemble was formed in 1975 and has given concert, among others, in London, Cologne, Milan (Teatro Lirico), Bath, New York (Lincoln Center), Paris (Cite de la Musique), Amsterdam (Concertgebouw), Warsaw, Athens, Berlin, Istanbul since then. Their last appearance in the UK was at the Southbank Centre (Queen Elisabeth Hall) in November 2009. They usually play at dance-houses, folk dance clubs, educational programmes, programmes for children and also take part in stage performances. They are one of those musicians who started the dance house movement in Hungary. Their repertoire presents the latest results of musical research. They bring the centuries old tradition of Hungarian instrumental music to London.

Dénes Várjon received tuition in piano from Sándor Falvai and chamber music from György Kurtág and Ferenc Rados. He was a regular participant of International master classes with András Schiff. Dénes Várjon is the first prize winner of the Piano Competition of the Hungarian Radio, the Leo Weiner Chamber Music Competition in Budapest and the Concours Géza Anda in Zürich.

Dénes Várjon is a regular guest at the most prestigious International Festivals such as Salzburger Festspiele, Lucerne Festival, Schleswig-Holstein Musik-Festival, Biennale di Venezia, Marlboro Festival (USA), Klavierfestival Ruhr, Kunstfest Weimar, and Edinburgh Festival. He is invited to András Schiff’s and Heinz Holliger’s Ittinger Konzerttage in Switzerland every year and enjoys a longstanding relationship with the Open Chamber Music-Prussia Cove (UK).

The concert series „Solti Celebrates Bartók” at the Barbican Centre, London, included Dénes Várion’s performance of Concerto for two pianos and percussion together with András Schiff and Evelyn Glennie under the baton of Sir George Solti.

Alan Walker, a former producer of the Music Division of the BBC Radio in London, is Professor of Music at McMaster University Ontario, Canada. Walker, who is best known as a biographer and scholar of Ferenc Liszt, was awarded the Commemorative Plaque of the Budapest Liszt Society for his contributions to Liszt scholarship and the medal ”Pro Cultura Hungarica” by the then President of Hungary, Mr Árpád Göncz for his contributions to promote Hungarian Culture.

Audrey Ellison International concert agent, writer and publisher, J.Audrey Ellison has a distinguished background in the musical life of Great Britain. Chairman of the Chopin Society in the early 1970's, she also became Secretary of the International Liszt-Centre and, subsequently, the Liszt Society serving as Secretary for several years from 1988, remaining today on its Council. In 1986, she was a recipient of a Liszt medal from the Hungarian Ministry of Culture and in recent years became U.K.Administrator of the Friends of the Liszt Academy of Music.Other current positions include being Secretary of the International Ernest Bloch Society, Vice-President of the Beethoven Piano Society of Europe, and Chairman of the Sussex International Piano Competition Committee.

In the past years its main activity has been national program organizing, as well as cultural strategy, cultural marketing, and research. Among the most significant programs there was the extremely successful Renaissance Year 2008 with almost 1,000 events, which attracted more than 3 million visitors. Also, in 2009 there was an initiative called the Reading Groves within the framework of which attracted 50 authors and almost 10,000 guests at seven scenes.

The Hungarian Cultural Centre in London is dedicated to enhancing knowledge and appreciation of Hungarian culture. The HCC organises and supports a wide spectrum of innovative programmes to promote Hungarian art and artists in the UK while encouraging collaborations between Hungarians and Londoners. 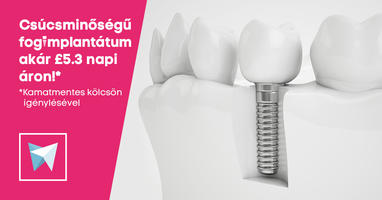 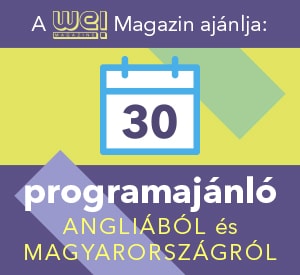